One of my favorite posts to the Unicode mailing list came during a heated debate about “simplifying” certain character sets. I believe it was Joe Becker who re-posted Mark Twain’s humorous proposal for simplifying English spelling: 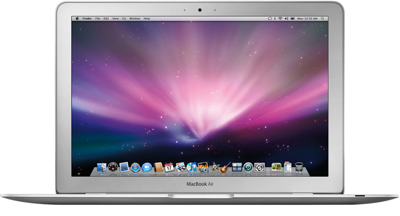 A Plan for the Improvement of the PowerBook G4 12″ Laptop

For example, that useless Ethernet port would be dropped to be replaced by wireless only, and likewise the second USB and FireWire would no longer be available. The hard disk will be retained, but only the very slow iPod version or the very expensive flash version, as most people will no longer need to keep files other than system software on their computer.

Continuing our optimization, the DVD/CD-ROM drive is now useless, because there’s no space on the hard disk to install anything. And with the slower processor, the option to expand memory to 4GB is also unneeded as who would now do any heavy processing work with this computer?

Once the device has been tuned for email writing executives, the price can be increased to match their signature authority, thus eliminating problems caused by most other customers buying the product and complaining about limitations.

Finally, then, after extensive optimizations, we would have the perfect computer for our target customer, Steve Jobs.